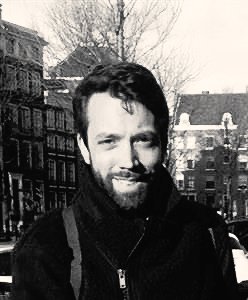 Evaluation of the program and coaches

• The participants would give a score of 10 (on a scale of 0 to 10) to the coaching. The coaches were very good, very patient, even when sessions were cancelled because of the internet connection. The coaches were accessible and understanding. Even when they asked a lot of questions the coaches always took the time to answer very simply. They also gave enough time to work on the different topics. They were always available for them.

• The manual was clear. What was good was that there was always someone to translate into French.

What they have learned

• They used every canvas that was sent to them. For them it's especially the ones related to the business model that are interesting. The team canvas allowed them to reorganise their structure, with new tasks assigned and some of them were relieved of certain tasks. The team badging was useful in the organisation of the team. The customer scan helped to review their target audience.

• For them, the most important lesson was understanding their target audience. Thanks to this, they were able to redefine their editorial line. This continues to be useful. The marketing document was also important to them, because it helped them to better target their market.

• Thanks to the coaching, they have approached a few TV stations to broadcast their programs. They have developed a contract with a private TV station that broadcasts their program. The coaching has helped them to make productions that they will then sell to television stations.

Evaluation of the program and coaches

• For one of the participants, this coaching was one of the best trainings she ever had, and she had a lot of workshops before! She’d give 10/10. Another gave 11/10.

• What helped was that the coaches were very punctual and precise about what they were discussing during the sessions. The punctuality of the coaches was important because it allowed them to continue the coaching even though there was a lot going for them.

• Participants liked that the coaches explained how they can use and develop the tools in a real project. It wasn't just theory, it was practical and useful for the projects they're already working on.

What they have learned

• For one, team badging was the most interesting way to learn about the team. For the other one too. It was interesting to realise that they know a lot about the context in which they are working but that they did not necessarily know their internal functioning. They also realised that they had many preconceived ideas about their audience and that it was important to know how to analyse it more accurately.

• It came at the right time, because they needed to rethink their image, their organisation and their internal policy. They were able to do this by having a clear trajectory thanks to the coaching.